Let's go back geological ages to observe our Earth 359/419 million years ago. Everything begins during the Devonian period and more particularly that of the Upper Devonian where the plant kingdom continues its development in the form of forests in which the plants have leaves and root systems. The ferns then reach sizes similar to those of our current trees and the first seed plants appear. The proliferation of all this plant mass is called "Devonian explosion". A small primitive fauna already exists which, confronted with the plant diversity, will find new vectors of evolution. 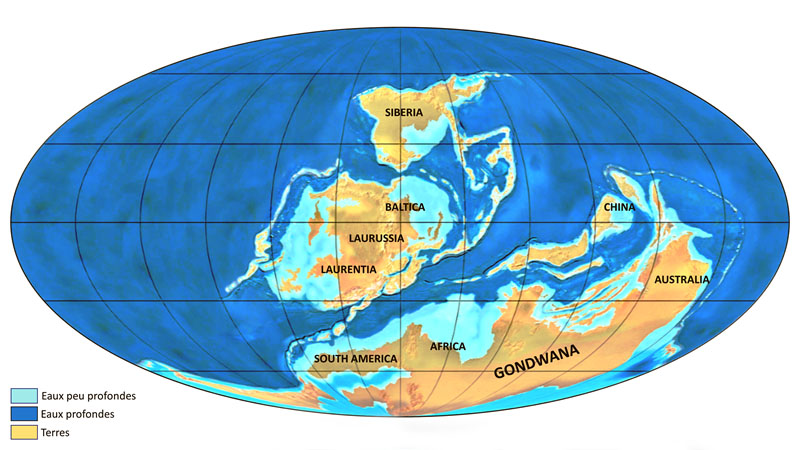 The emerging continents are then summarized to a big block, named Gondwana in the southern hemisphere and to some other blocks whose current America of the North and Siberia. At this stage, the European continent is not yet sketched. 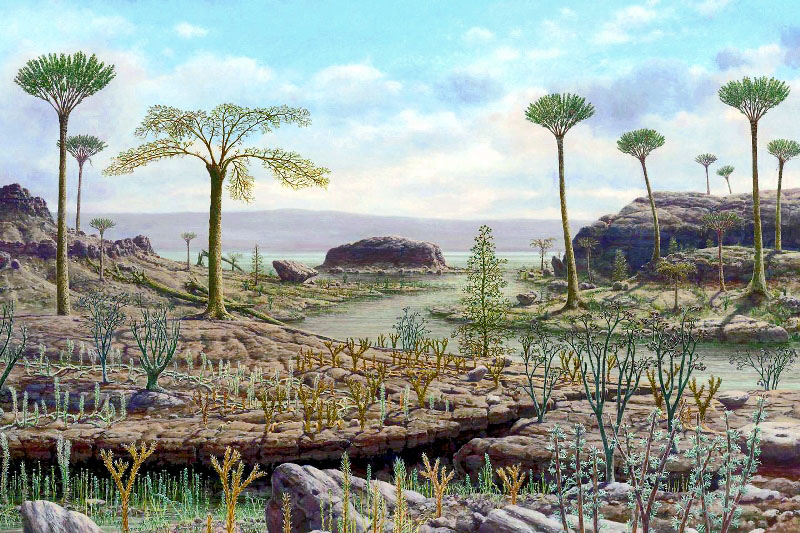 During this era, in terms of climatic conditions, we find that the initially very warm temperatures initiate a slow cooling. In the high-level oceans dominate ectoprocts *, brachiopods ** and corals with coexisting bony fish (placoderms) and the first fish with scales, soon joined by the first sharks and fish with ridges, including those with lobbed edges that are our distant ancestors. Indeed, on the latter the fins evolve to form paws while lungs appear that allow them to breathe out of the water. These tetrapods gradually leave the seas that have become cold to land where they can warm up. This is how wetlands are populated by new species.

As a result of the Devonian explosion, the continents are then colonized by vegetation that, in order to develop, absorbs enormous quantities of carbon monoxide in the air, thereby reducing the rate of greenhouse gases and causing this slow but generalized cooling that I have just mentioned. This drop in temperatures will result in a massive extinction revealed by studies that place it to -380 Ma and during which more than 2/3 of existing species will disappear from the Earth. Among the survivors, we already find springtails that will go through many other trials ...

* Ectoprocts are colonial organisms, living directly attached to the substrate to which they are attached by rhizoids (kinds of hairs that do not yet have the functions of roots). They are branched and take the form of small erect trees or encrusting plates.