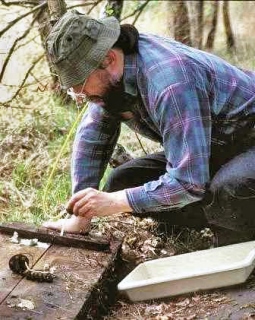 In the year 2000, Dr. Kenneth Christiansen listed about two hundred and thirty-six researchers around the world who were specifically dedicated to the study of springtails and who, compared to their various publications, could be considered experts. Since that time, a scientific discipline has developed strongly; This is ecotoxicology, the purpose of which is to study toxic pollutants in ecosystems and the biosphere, which uses springtails as a marker to a considerable extent.

Today there are series of studies in which springtails are monitored during their stay in environments where different doses of chemical elements have been introduced. Thus, for example, Folsomia candida has been used to perform toxicity measurements of metals1 such as cadmium, copper, lead, or zinc. Folsomia fimetera has been used to evaluate the toxicity of nickel2.

Springtails is also used to measure the concentration of certain substances contained in drugs used by humans or livestock (sheep, cattle, horses) found in the soil through manure. For example, Folsomia candida (springtail most exploited in this type of research) is associated with a study3 on the harmfulness of Ivermectin, used to fight certain parasites such as scabies whose use reveals risks of neurological disorders.

In addition to metals or drugs, springtails are also used to measure the toxicity of products with intensive dispersions in agriculture such as insecticides. This is the case for the profenofos, now banned for use in the European community, but which, in the United States, continues to be used in the cotton fields with which our jeans are made. Folsomia candida is once again put to contribution4 by Chinese researchers.

Finally, and this is the last example I will repeat here, Korean researchers have conducted a study5 with Folsomia candida to measure the impacts of the use of Glyphosate, a controversial herbicide, in relation to temperature variations. The interest of this study is that in addition to the measurement of toxicity specific to the molecule (developed by the chemical manufacturer Monsanto-Bayer), it incorporates the effects of climate change.

There are hundreds of studies similar to the examples I just mentioned, which attest to a global mobilization of researchers who rely, among other things, on springtails. These become valuable collaborators / guinea pigs in understanding the interactivity between Nature and the damage caused by human intervention. (see Bio-indicators)

Note: www.collembola.org collects and lists all known springtails species in the world and maintains a status of relevant publications. It is held by biologists from the University of Antwerp including Frans Janssens, (photo above). 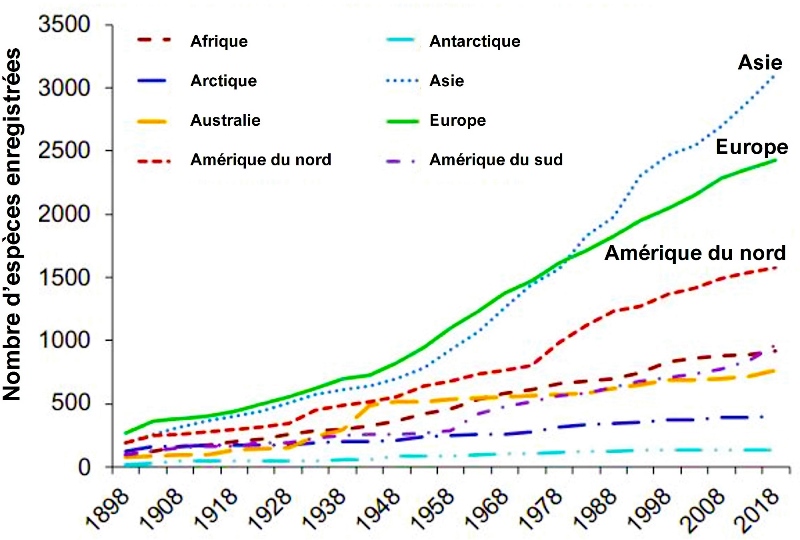 To illustrate the dynamism of the research, the table 6 opposite shows the number of species of springtails described for the last 120 years. Asia, Europe and North America are in a good position, which can also give us an idea of ​​the species that remain to be discovered in other regions of the globe. Less extensive for some of them and still relatively little prospected, it probably contains a large number of unknown species, especially if we consider the adaptability of springtails to all types of climates and biotopes.

Rant: Let us hope that our leaders take more account of the results of research to favor the environment to the detriment of growth presented too hastily as the only vector of progress and comfort of life. If the springtails sat in the decision-making bodies, it is a safe bet that they would be better defenders of our ecosystems than many politicians who officiate there!

Many amateur photographers who discover this small world immediately measure the potential it carries in him (aesthetic, creative, technical, scientific ...) Many of them exchange or deposit their images on "Springtails from around the world", a gallery / blog gathering contributors from around the world and dedicated to springtails. As such, I can only honor that Frans Janssens has taken, among many others, some of my photographs6 to serve as an illustration on his site. This contribution of "non professionals", although modest in relation to the work of scientists, is a non-negligible motivating factor in that it gives a collective meaning to a quest that "in situ", I must admit, is first, an individual experience between a photographer, his material and his subject.